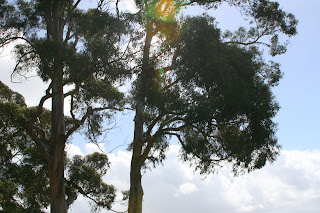 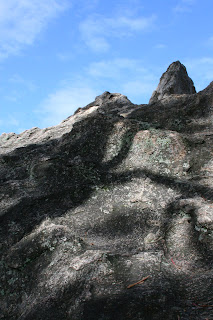 Today is my Birthday and of course I had to take a mental health day off from work! Lately I have been really inspired to create tree shrines again. This one was a marker or a rite of passage for my birthday/rebirth, as well as an offering to this sacred place called Indian Rock in Berkeley.

Over the last couple months I have been walking to the Rock at least three times a week to meditate and heal. Today I thought I would pay homage to this amazing place with some ART.

When I arrived to the rock there was three people on it. I was feeling a little timid as I do not like to create my tree shrines in the public view. I love people to discover them, but I hate being watched while I create them.So I decided to walk around the rock and try find a place to create a shrine in solitude. As I was looking around I was fascinated by the little caves that exist at the bottom of the rock. It gave the sense of being at the Temple of the Moon in Peru, which was so mystical and amazing!! I have been to Peru twice and I love it!!

The little caves is were I decided to create my internal shrine. At first it was just going to be a rock shrine and then when I was walking around I discovered this Eucalyptus tree seed that was blooming like a mandala. It was fantastic. I placed the seed in the center of my eco-art and it was activated into a tree shrine. As I spent time with there, documenting the shrine I felt very connected to the internal mother Earth. Much like how I felt while I sat within the Temple of the Moon cave at the base of Huayna Picchu.

After photo documenting my Eco-Art I decided to take the seed with me and to ascend up the rock, where I began to create another shrine.

As I was photography my work, I was startled by this young rock climber. He glided by me and he seemed to just appeared from no where. He sat a short distance away from me in meditation for awhile. The rock is really a destination for a lot of folks. At all times of the day you can find people just hanging out. In groups or many times alone.

Then two young girls climbed up the rock. They were really being silly and taking goofy pictures of themselves on the rock. I decided to leave.

As I was descending the rock the girls discovered my shrine. And they exclaimed wow this is awesome! wow that is awesome!
AWESOME!! and they started taking photo's of it. I smiled within! That is what I want this art to do.

To evoke reverence for nature! 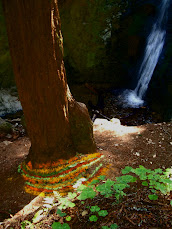